The Callous Pursuit of Progress

Morgan Yu awakens from a precipitous slumber within the posh confines of his apartment.  Uneasiness settles in, as you begin to navigate this deceptively sterile residence, incompatible with preconceived notions of what your reality should be.  Grasping a modular device from a nightstand, you receive a call from your brother Alex; a fellow scientist, notifying you that a helicopter will be arriving shortly to bring you to a testing facility.  Upon arrival, you are greeted by your brother who informs you that you will be transported to Talos-1, a research space station on the cutting edge of scientific discovery.  The contextual setup of Prey’s opening testing facility sequence is reminiscent of Half-Life’s enduring introduction to the Black Mesa Research Facility and science gone awry.  Generating a sense of compulsion to uncover what lurks beneath the facade, eager to unravel the mysteries of this alluring new world. 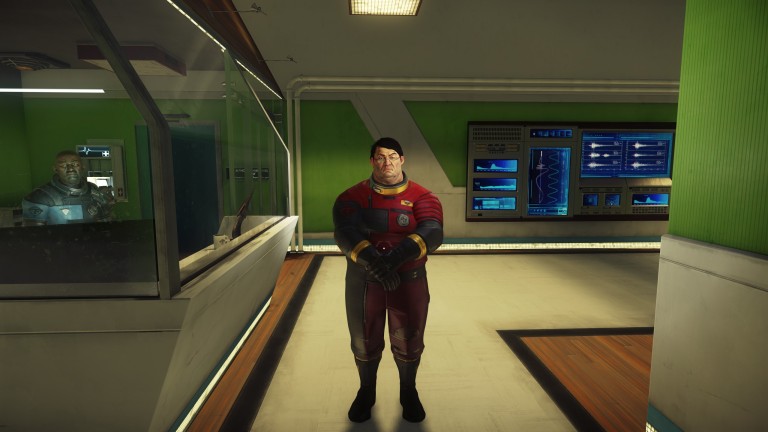 Prey slowly begins to unravel its framework within the first hour of the game, implanting the player into a world where they are the experiment – controlled by fictitious personalities harboring cataclysmic secrets.  Conscious reality becomes increasingly elusive as ephemeral machinations pierce the veil of sanity.  Fractal distortions perpetually change the channels within the darkest recesses of Morgan’s mind.  Navigating this perceived reality intensifies, as amnesic strands of narrative coalesce into complex overarching themes of resolute scientific exploration into the realm of the unknown.

Talos-1 is expansive, and filled with intricacies in which the player can seamlessly interact with.  Emails, books and other contextual objects serve to unpack the horrific events occurring on the space station, and shed light on the manipulation you’ve been subjected to.  Inhabitants within the space station, both living and dead, are well realized, serving as believable occupants within the habitat they share.  How the player chooses to balance risk, self-preservation, good will and objectives, feels consequential, as your choices hold weight with identifiable characters and emotions.

Alongside the human inhabitants of Talos-1 lurks an enigmatic life form known as Typhon.  Typhon has been preying upon human occupants and indiscriminately slaughtering anyone in its path.  Harrowing shadows twitch and morph, as they flux with static disruption to mask their advances.  Enemies known as mimics are able to shape-shift into random objects within the environment.  Pitch-black phantoms resemble humans, wrapped in shadowy tendrils with the ability to ignite their surroundings, emit noxious clouds of toxins or lash at you with electrified extensions.  Unique enemy design intensifies combat and forces the player to scrutinize otherwise mundane objects, utilize their environment, and decipher misdirection.  While the enemies combat mechanics keep the player on their toes, there aren’t enough enemies in the game to satisfy vague feelings of redundancy. 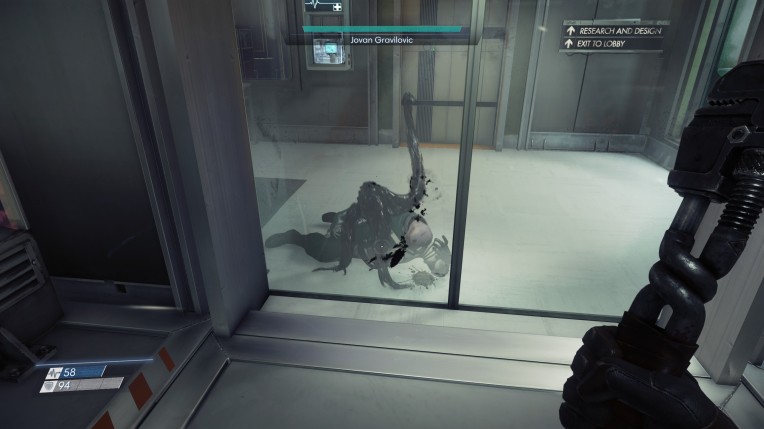 Early portions of Prey’s combat are relatively lackluster, until the latter acts, in which the player begins to acquire a sufficient amount of neuromods to unlock Typhon power abilities.  Typhon powers further expand the player’s skill set, by allowing them to wield the telekinetic command of their foes.  Fortunately, these eclectic abilities provide enough creative license to counter the limited arsenal of weapons at the player’s disposal.  Weapons, such as the Gloo Cannon, are capable of shaping the environment and freezing your enemy, providing a brief opportunity to strike without repercussion.  Dousing enemies in viscous ooze is gratifying, as they clamor and writhe before being solidified.  Black blood spatters across the HUD, as vigorous impacts from your wrench collide with warping apparitions.  Encounters with hulking monstrosities serve to ratchet up the tension and keep players in suspense.

Garbled radio transmissions, static screams and warbling sounds, interlace Mick Gordon’s tremendous synth compositions, which harmoniously ebb and flow with the pace of the game.  The unique conjunction of sounds vacillate from chaotic to sheer silence at a moment’s notice, setting the tone as the player transitions from one scenario to the next, uncovering revelatory narrative elements and exploring ominous surroundings.  Themes of retrofuturism are evident throughout each environment, as opulent, sweeping expanses, are contrasted by detached technological installations.  Art-deco styles accentuate lavish architecture, concealing a treacherous reality within the illusion of comfort.  Prey’s textures while standard, offer the aesthetic appeal of an oil painting, in a similar vein to Arkane Studio’s previous work with the Dishonored series.  Built on the CryEngine, Prey predominately runs smooth with occasional input lag, especially in some of the game’s more expansive and intricate areas.

Exploring every nook and cranny of the narrative often forces the player to backtrack throughout vast segments of Talos-1.  While I enjoyed wandering through layered settings with multiple avenues of exploration the first time, this would’ve felt less monotonous with more variety in terms of level design.  Environments began to blur, as I fervently sought to complete side objectives so that I could get back to unfamiliar territory. 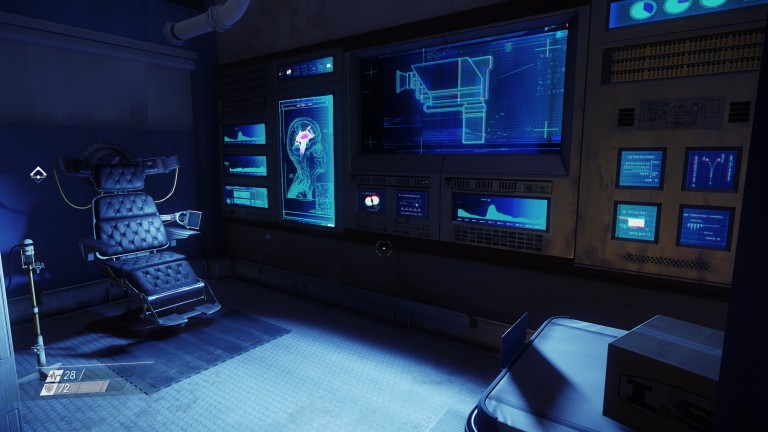 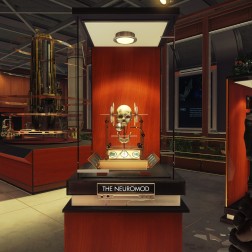 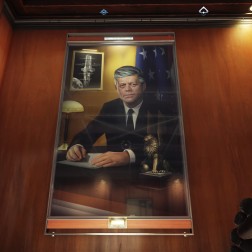 Dynamic freedom penetrates every layer of the overarching experience.  Survival depends on your ability to mitigate risk and maximize reward by conscientiously navigating choice.  Choice and consequence allow the player the opportunity to balance their experience or polarize it.  Imperative decisions you make will come back to haunt you in both metaphysical and tangible ways.  Perceptively embracing the sci-fi horror world of Prey, rewards with one of the most satisfying experiences to be had with the genre.  There is a mesmerizing level of detail, which lures the player closer to the maelstrom with each consequential experience.

In spite of its flaws, Prey delivers an awe inspiring foray into science fiction.  Enthralling atmosphere, multiple ways to play, and a fascinating story make for one of the most memorable contributions to the genre in recent years.